First, learn to embrace the OTHER job market!  Each and every one of the steps in THE ’12 step’ process takes advantage of this market that the Department of Labor can’t measure!

Second, implement your Personal Marketing Plan as a career strategy, not just as an active job search tactic… fully utilizing a “high tech-high touch” concept… that is, use technology to leverage your time and activities–NOT as a replacement for basic relationship building conducted face to face or on the telephone.

The founder and facilitator of DFWCareerpilot is Bob Maher, CMF, who has been in the career services field since 1980, mostly as an “independent” since 1983.    His academic and corporate experience lends itself to dealing most effectively with all levels of management, including executive, sales, and technical professionals representing a wide range of industries. 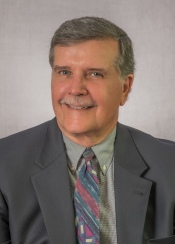 Bob has provided services or spoken to audiences in all 48 continental states, most major metropolitan areas of  the US, and several in Canada and the UK.  He has served a very broad-based and diverse clientele over the years with a solid reputation for effective group facilitation, one-on-one coaching and consultation at all levels, including executive.  As an Independent, he has worked for many of the large career transition firms.

He was instrumental in the start-up of Lee-Hecht-Harrison’s Dallas Office, serving as their Sr. Consultant… back in the early Internet days!

He served as Vice President of Career Continuation for The Career Control Group, an OPTÎMANCE Company, during the implementation of a large scale, three year project… largest ever undertaken by a non-national firm… POST Internet, during the Telecom meltdown.

On the Founder’s Council of The Association of Career Professionals International (ACPI), He currently speaks on a variety of topics to the many job search support, networking groups in the DFW area.  His PRE-Retirement mission is to bring together community-based facilitators of job search support groups with the Community of long-tenured, Certified Career Professionals.

Awarded the prestigious Lifetime Achievement Award by the ACP International in 2006… As a founding member of our Association, for giving your time in setting a direction for professional standards and a focus on technology

Served as President of the E Chapter, first of its kind, virtual Chapter… and has been active in his local, Dallas/ Ft. Worth Chapter (founding President)… has been conducting these FREE Public workshop sessions for nearly ten years.

Bob is quite focused on TECHNOLOGY APPLICATIONS, as a resource in both career transition and electronic recruitment services…often assisting his clientele with their personal development of technical skills.

He served as technical (job search tactics) advisor for JobSerf and currently serves on their Board.

His professional “passion” of assisting individuals and organizations with career oriented, decision-making process is put in focus by the nautical metaphor of the CareerPILOT:  His assistance is most effective when drawn upon on a career-long, as needed basis–highly personalized and with no time limitation.   Bob believes strongly in the HIGH TECH/ HIGH TOUCH philosophy of using technology to leverage one’s time and motivation when faced with the challenging waters of career continuation.

One thought on “About”